Most people I know are connected to the Internet more than they are disconnected, for better or worse. I, for example, am connected all day at work, then as I travel and commute I’m connected by my smartphone, and at home I am also connected via my workstations, servers, and smart devices. If you have total control over your network, like I do in my home, then you start to monitor usage. You can see malicious traffic, highest bandwidth users/devices, and where that bandwidth is going. You start to think… should I be blocking some of this traffic?

Enter, the pi-hole. I first saw this project at the end of 2015, and I was intrigued. I watched the project, waiting for it to mature to a point that I knew it was a viable option for my home network. (Up until that time I was filtering directly with my firewall via i-blocklist.com blocklists, which was okay, but the interface was lacking). At the beginning of this year I finally put it into play on a Raspberry Pi 3 and have loved it ever since. The pi-hole will block ads and other unwanted traffic from your network by taking over as your network’s DNS server filtering out any query that it finds on it’s blacklist. (Yes, it’s still possible for a savvy user to get around this, but that is for another discussion). I know in certain corners of the Internet it’s controversial to block ads. Some of those arguments are strong and valid, however, I like to control what comes in and out of my network, especially since I have Elementary to High School aged kids that I want to “protect” from things I don’t want them to access.

I want to clarify; the term unwanted traffic can have different meanings to people. For some, unwanted traffic might be gambling, dating, and warez sites that employees or users shouldn’t visit lest they in legal trouble using corporate assets. For others, like governments, it might be entire country codes like .cn, .ru, .su, and .us, that you don’t want your users to access. As for my home network, I set out to simply block ads in the beginning. I always had the idea I could create custom blocklists like I had on my firewall. I made a list of possible site categories that I could block;

With those lists in mind I set out to create PoC code that would gather open source lists and collate them into a single larger category list that I would then block using pihole.

Either the “light” or “heavy” list can be used on a Raspberry Pi 1 Model B+ or better hardware. Currently I am using the “heavy” list with ~1.7 million domains on my Raspberry Pi 3. On that Raspberry Pi 3 with 50+ devices all doing DNS queries it barely breaks a sweat, the load average isn’t even 1.0!

(NOTE: this pihole even has Docker running with 3 containers running 24/7!); 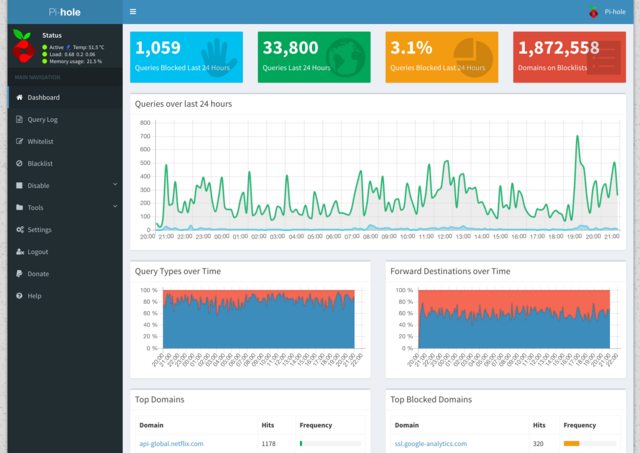 I’m not going to explain how to install the blocklists in detail, because Installing a custom list is quite simple, and is covered by the pihole wiki. In simple steps, you modify the /etc/pihole/adlists.list and add the URL of the pihole list created by create_blocklist_porn.pl (that is served via a webserver accessible to your pihole) and run pihole -g to generate a new blocklist for the pihole to use.

For ease of adding lists to your pihole I have hosted my generated lists that I create on Github for your use;

There are list collections that have listed my pornography blocklist as well as many other lists, along with download links to easily update your pihole. This list collection is courtesy of @WaLLy3K;

There are also projects like piadvanced from @deathbybandaid that have used my list and others in several of it’s setup scripts. I encourage you to look as this great project that has many features for customizing your pihole.

In conclusion, using a pihole can easily help block unwanted traffic from your network. Using the scripts contained in this project you can begin to create and use custom blocklists to protect those on your network. [More blocklist creation scripts will be created and released soon with an install script that can update them automatically, so stay tuned! As always, for questions or comments please contact me via email or via twitter.

Currently the create_blocklist_porn.pl script is pulling down the Alexa Top 1 Million list. However, recently Amazon disabled API access to the list without paying a fee, which would be about $300/mo, which I won’t pay. As such there are other lists lists that can be used to the same effect; 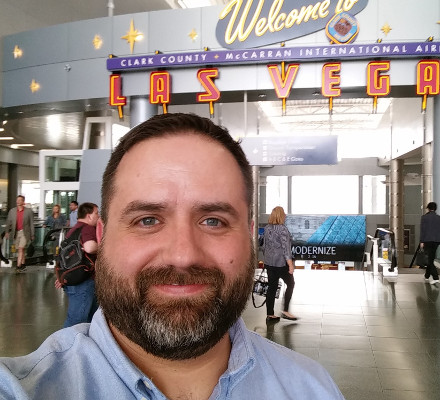